APPARENTLY SHITTING YOURSELF IS GOOD FOR YOU 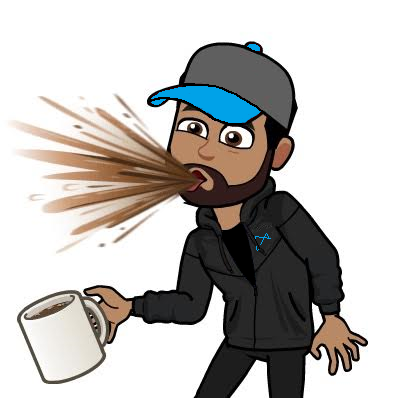 APPARENTLY SHITTING YOURSELF IS GOOD FOR YOU

You know that wave of dread we experience as humans when an obstacle is staring at us in the face and you’re like ‘I wanna go back the other way.’

It comes in many forms

Apparently according to most studies the number one fear for humans is public speaking – Number two is death!!
So as Jerry Seinfeld put it – The people are saying they’re better off in the casket than doing the eulogy! Makes sense right?
Great show by the way ??

Anyway back to the point.

It’s a realisation that this fear is interrupting your usual day to day routine and you don’t like it. It turns into stress.
It’s uncomfortable and it forces you to take action. So you do…

You start going in to survival mode anticipating and preparing for it in hope it’s not going to kill you – Literally! We’ve been wired to survive and we all have the much talked about fight or flight response when confronted with something that challenges us. Adding to this our brains have a ‘negativity bias’ which means they are stimulated and respond more to negative news than positive.

Think about the last time you had a fear about something and tell me your brain didn’t drum up a few worst case scenarios just to get you worried a bit more! Sound familiar?

However unless you’re in open water munching on a piece of bloodied rare steak surrounded by 10 great white sharks most of our fears are only due to our perception of a situation and how much importance we place on it. We tend to turn our fears into something they’re not. A mind made creation or illusion if you will. And most of the time whatever you were fearing never eventuates anyway.
Further to this, because you’re creating a projection into the future there’s nothing you can physically do about it at the time because you aren’t even there yet!

This is where you can start to turn your so called fears into nothing but passing thoughts and harness the power of your mind for your own personal growth. Your fears will not go away unless you confront them. Simple as that. The beauty about it though is facing your fears will give you freedom.

It’s good to be challenged and have fear present itself. It’s an essential part of being a human. It keeps us all accountable, creates resilience, power, confidence and the ability to appreciate things more and be happy.

The key though is to recognise when your mind is playing games on you and wanting to create something (fear in this case) out of nothing.
If you can see that your body and mind are reacting to a threat or fear ask yourself is this a real threat or a perceived one? Why is it making me feel like this? What is it about the situation that’s actually making me feel fear? More often than not our fear is driven by the threat of losing something or someone so be careful what you value as important as this will elevate your level of fear towards it.

Perceived fear can have a crippling effect on our lives and it limits our potential to achieve so many dreams and aspirations. We all get caught in our little comfort zones trying to stay safe and not face whatever fear is confronting us – it’s considered normal but it doesn’t have to be that way!

So next time something pops up and creates fear in you, take it on and put your mind to work to your advantage. Stop wasting precious time you’ll never get back because of a decision to let your mind strike fear in you.

Let it go, face your fears and take a risk.

Shit yourself – it’s good for you

If you have any questions feel free to contact the IFP team and learn why we are the best group training Gym in Cranbourne.